Wondering How to be a More Patient Parent?

With the current student debt in the USA standing at over $1.52 trillion, it’s understandable that many Americans would want to complete their studies with minimal student debt. While scholarships and bursaries are commonly discussed methods to lessen course fees, tuition remission is another avenue to quality education.

Many Americans are not able to afford four-year college degrees without financial aid and loans. Grants, scholarships, financial aid, and tax benefits can help cut down on the cost of school, but few of these options are as efficient and effective as tuition remission.

These costs do not include room and board, as noted in the above sources, which start at $5,000 at a two-year community college and can go as high as $11,000 at a private four-year college. Finally, the costs of books and supplies add up, with most college students expected to pay $1200 per year.

Tuition remission offers a way around all of this, especially for students graduating with no assurance of a well-paying job after graduation. Parents can use tuition remission to ensure that their child is not overly burdened with student debt from the start of their career.

College is Still Worth it When Managed Properly

College degrees are still a vital way of improving one’s lifetime earnings, with data showing that high school graduates earned an average of $35,615 per year, while those with a bachelor’s degree earned an average of $65,482, and those with a postgraduate degree earned $92,525 on average (source). These numbers are a reminder of why a college degree is needed for young people who seek to be successful in a competitive job market.

Other reasons for the push towards college education can be found in the report Recovery: Job Growth and Education Requirements Through 2020 (source). This study has shown that the nature of the American job market is changing. With the current economic growth, approximately 55 million new jobs will open by 2020. The bulk of these jobs will be a result of retiring Baby Boomers.

As a result, more Americans should be attempting to obtain a career-oriented college degree that prepares them for the workforce. Businesses and universities are recognizing this need by offering more forms of tuition reimbursement and tuition remission.

While there are other financial aid options such as grants and scholarships, which do not need to be repaid, they require prospective students to meet the highest academic standards and are limited in availability. College loans are the most accessible option, but they need to be repaid which causes a strain for most students after graduation.

Tuition remission is an uncommon but practical way of paying for tertiary education. Tuition remission policies are dependent on the college and can range from 50% to 100% discount on course fees.

A tuition remission scholarship is awarded to an employee of a college or their dependent children. The application criteria differ from college to college. Some require a financial need, while others may require the parent working at the college to have worked there for a certain number of months or years, or be a regular full-time employee.

There may be some limitations to tuition remission. For example, full-time employees may not be able to register as full-time students. The status and age of children can be a variable too, with some colleges also offering tuition remission for step-children.

A survey conducted in 2010 showed that 98% of colleges offered tuition remission for full-time employees, but not all offered the same benefits to their spouses and dependent children.

Some might offer discounted tuition to spouses and dependents. New York University, for example, offers 50%-100% of tuition remission but will only cover 50% of the employees’ registration fees and spouses or dependents being fully responsible for the payment of their course registration fees. (source).

These points may not apply to all universities and colleges, so it is vitally important that an employee takes note of all terms and conditions related to tuition remission. However, the following points are a general understanding of the clauses related to the waiving of tuition by a college:

Often, employees of a college or university already have their degree and won’t be going back to school. When this is the case they often wonder if they can use their remission package to support a dependent.

Employees will have to provide proof of relationship with the dependent child, such as a birth certificate and tax return. The tax return should indicate that the parent claims the child (whether biological or adopted) as a dependent.

Other limitations pertain to academics, such as the dependent child achieving the minimum requirements to study at that college. They will also be held to the same academic standards as other students.

Most colleges in the United States offer some kind of tuition remission for the spouses of employees. Requirements vary by institution. Some colleges may expect the employee to be on the job for a certain amount of time before the benefit become active. Others, like Boston University, allows spouses and dependents to benefit from tuition remission as soon as the employee obtains full-time employment status at the university. (source)

Colleges such as the University of Louisville only allow spouses of employees obtain tuition remission if they were employed before a certain date, and even so, the remission only covers three credit hours each semester (source).

In the case of NYU, a spouse is only eligible for tuition remission after the employee has worked for at least three months, full-time, at the university. The spouse should be someone that the employee is married to or a registered domestic partner. NYU also offers one Master’s degree for the spouse or domestic partner and limits the graduate schools that the student may attend. However, they pay 100% of tuition (source).

Employees of a college or university should be careful to note what kind of benefits are available to their spouses or domestic partners as some universities may only offer a graduate degree and not an undergraduate degree.

They should also note that in the case of divorce while an employee is in service at the university, the spouse using tuition remission benefits will lose benefits from the day that the divorce is concluded.

The Difference Between Tuition Remission and Tuition Reimbursement

Tuition remission is when a college waives some or all of an employee’s (or their dependent’s) fees if they choose to study through the college. Tuition reimbursement is a benefit that an employee can receive where the employer agrees to pay a certain amount of the employee’s college tuition. This generally takes place when the student is studying to achieve a qualification relating to their professional practice

Tuition reimbursement is decided by the employer and must comply with federal rules regulating the allowed maximum tax-free reimbursement. As a result, it cannot exceed $5250 (source). If this is the students only source to pay for courses this amount may limit the number of credits that the employee can pursue each year.

Since tuition remission is money waived by the college, the student does not need to participate in the payment process. With tuition reimbursement, the employee’s college may charge the employer directly, or the college may provide an official document stating that payments will be made at a specific time, like the end of the year or semester.

Finally, the student employee may be expected to pay the fees themselves and will then be reimbursed directly by their place of employment. For a period of time, the employee will have to manage these payments on their own, which means they will need to plan ahead.

This can put a financial burden on the employee who may have to dip into savings or take a student/personal loan until they are reimbursed, which also includes paying any interest or fees due on the loan until the reimbursement is paid out. This is still a much better scenario than most Americans are faced with.

Tuition reimbursement may also require the student to meet certain performance objective, such as successfully completing courses or achieving a specific grade.

Tuition reimbursement also requires a further commitment to the company as some companies may ask an employee to sign a contract promising continued employment with the company for a certain period of time.

This is to ensure that the time and money invested in the employee is paid back, and in some cases, if the employment is terminated, the employee may have to pay the company back. Below you will find key differences between tuition remission and tuition reimbursement:

Depending on the college, a student will need to apply, be accepted and register for classes before the application for tuition remission can even be applied for.

In the case of an employee applying for tuition remission for themselves, their employee ID is also used as their student ID and in the case of the University of Louisville, the employee does not need to inform HR (source).

Some colleges allow retired former employees to apply for tuition remission. In this instance, they may be required to apply personally using paper forms as they would not have access to newer systems. However, some universities may be able to provide retired employees with new access to online systems, so retired employees should contact the university directly or enquire online to learn the correct process.

Tuition remission is an easy and affordable way for an employee of a college, or their spouse and dependents, to receive an education for free or at a reduced cost.

However, there are many caveats associated with tuition remission and the onus is on the employee to ensure that they understand the requirements for themselves and their dependents should they choose to use tuition remission.

With only 33.4% of Americans holding college degrees currently (source), tuition remission is an attractive method to fund an otherwise expensive degree. With advantages such as tax breaks, continued education, the reward of a degree and the benefits that come with it, anyone who qualifies for tuition remission should give it serious consideration.

Dr. Patrick Capriola is the founder of strategiesforparents.com. He is an expert in parenting, social-emotional development, academic growth, dropout prevention, educator professional development, and navigating the school system. He earned his Doctorate in Educational Leadership from the University of Florida in 2014. His professional experience includes serving as a classroom teacher, a student behavior specialist, a school administrator, and an educational trainer - providing professional development to school administrators and teachers, helping them learn to meet the academic and social-emotional needs of students. He is focused on growing strategiesforparents.com into a leading source for high-quality research-based content to help parents work through the challenges of raising a family and progressing through the school system.

link to Children's or Childrens': When to Use the Possessive or Plural

Some people get confused about whether to use children's or childrens'. Many people wonder where the apostrophe should go and if the letter s should come after children. When should you use...

One thing people worry about most when applying for college is what happens after they submit their application. Applicants need to know what documents to submit and what information to add...

Support Strategies for Parents by visiting our ‘Recommendations’ page and using the affiliate links in our articles to shop. We receive a small commission (at no extra cost to you) so we can continue to create helpful free content. Thank you, we appreciate it! 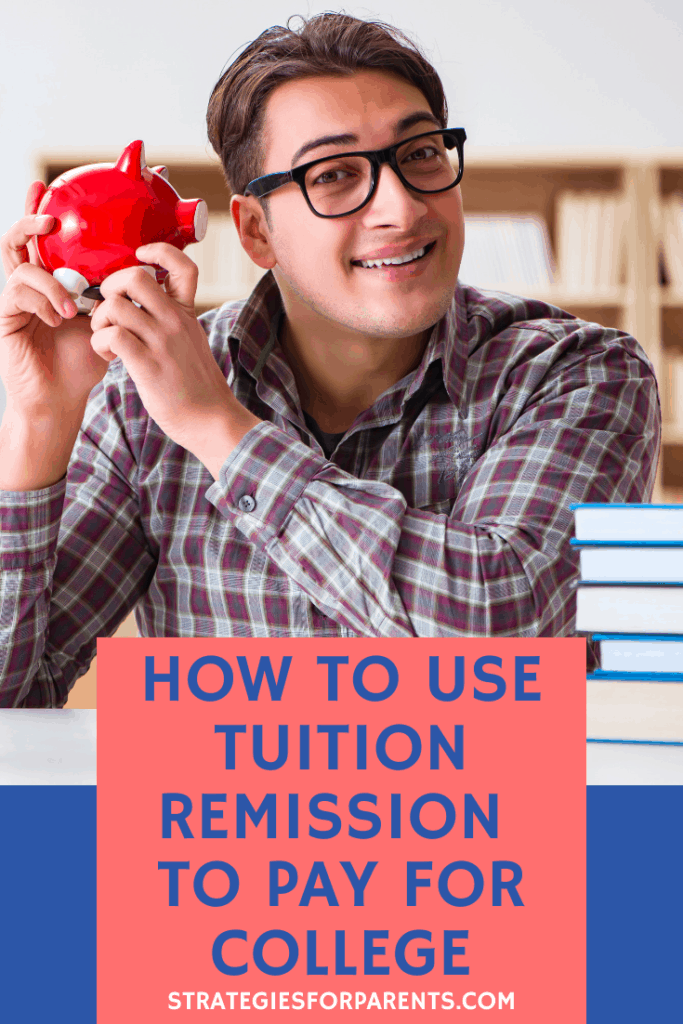