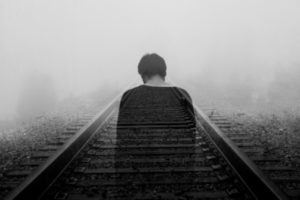 Throughout the 20th Century and so far into the 21st Century, high schools have successfully educated students to the point where they have become assets to their communities. Despite this success, public schools have been under attack, and dropout rates have factored into the attacks.

Why Dropping Out of High School is a Bad Idea

Dropping out of high school in the US is a bad choice because dropouts are more likely to struggle throughout their adult lives. Data shows that they earn significantly less money than high school and college graduates. Therefore, they are more likely to live in poverty than people with diplomas and training certificates.

Even though some people find success despite never graduating from high school, in general, dropping out of high school is a bad idea financially, healthily, and psychologically. Fortunately, according to statistics from the National Center for Educational Statistics (NCES), drop out numbers have decreased since 2004 until 2016 from 10.9% to 6.1% (source).

Around the US, dropping out of high school creates a lifetime of problems including:

One of the significant consequences dropouts will deal with is having difficulty finding a job that pays a living wage. This results in people who become a financial drain on society rather than becoming an asset. The consequences can extend into future generations as children of dropouts live in poverty and have related traumas in their young lives, feeding a cycle that is difficult to break.

Why Students Dropout of High School 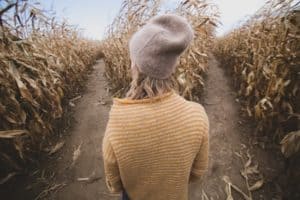 Some of the reasons why students drop out are:

The reasons students leave school have changed throughout the decades. Getting married and/or pregnant, joining the military, going to work, being expelled, wanting to travel are just a few. However, there is one certainty: in today’s world, students are more likely to be pushed out rather than being pulled or falling out of school.

Why are students pushed out of school? The most common reason is missing too many school days. After that, the other reasons include being unable to achieve graduation requirements, being unable to keep up on school work, and being unable to get along with classmates and teachers.

Looking at the reasons why students are pushed out of school, it is easy to see why high school dropouts can have difficulty finding and keeping work. According to Monster.ca, some of the common reasons why people get fired include not being productive, not being able to complete tasks, and not fitting in with other employees (source).

To put this into perspective financially, the differences in weekly ranges between people with a high school diploma and without is staggering. According to the Bureau of Labor and Statistics, the average weekly wage for all workers in 2017 was $2147 (source).

But, when the numbers are broken down, people with high school diplomas earned between $395 and $1,489 per week. Men and women who dropped out of high school made between $330 and $999 per week. People with a bachelor’s degree earn between $580 and $2609 per week. Remember, these are averages for full-time and salaried workers in 2017.

Throughout their adult lives, high school dropouts stand to make at least $500,000 less than people who earn their high school diplomas. And, since many dropouts rely on public assistance, they actually end up being drains on society rather than contributors to society.

According to the NCES, the percentage of children under 18 living in poverty in 2017 was highest for those who had parents without a high school diploma. This is because most employers want their employees to have foundational skills like reading, writing, and understanding numbers (source).

The most common jobs for high school dropouts are in the service, agriculture, and construction industries. Unskilled workers in these industries often make minimum wage salaries, so low unemployment does not mean that everyone is making living wages. 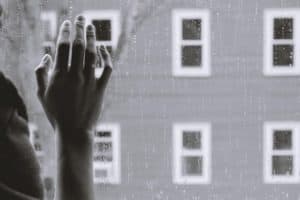 High school dropouts do not just suffer financially; they have mental health issues, too. The McSilver Institute for Poverty and Policy at NYU found psychological problems and poverty are connected. Adults living below the federal poverty levels had a higher chance of having a mental illness, suicidal thoughts, and substance abuse (source).

Adults living at least 100% or higher than the federal poverty levels were less likely to have any of those issues. Children living in families with incomes below the federal poverty line had more likelihood of trauma and food insecurities, too. Since dropouts are more likely to live in poverty, these are realities that they may have to live with long into the future.

Without a high school diploma, dropouts have difficulties finding jobs that have educational requirements. Instead, dropouts often get jobs that involve physical labor like those in the construction industry and landscaping. While these might not be bad choices for young adults who are at their physical peak, the long-term effects of manual labor are not healthy.

While these are jobs that need to be done, they are not intellectually rewarding, and most people find that they do not want to do them for a lifetime. Those who work in these jobs often live under the federal poverty line and find that they need more than one job just to make their monthly bills.

Unfortunately, when teens drop out of high school, they are looking at their present status in life. They are not looking into the future and how the decision to quit school could affect them as they enter adulthood.

How Those Jobs Affect Dropouts in Adulthood

Wages are often tied to educational levels, so employees who do the physical labor in the construction industry and other manual-labor careers do not usually make high wages that include retirement benefits and health care. Consequently, employees end up needing to work farther into later adulthood than people who work in higher paying jobs.

The physical work required in manual labor jobs is different than physical activity performed in leisure time. As laborers age, they see problems with osteoarthritis in the hips, knees, and hands. They also struggle with joint and muscular problems. People in less physically demanding jobs do not have the same issues as early in their lives as laborers have them.

When it comes to longevity, a 28-year study (source) found that physical and mental job strain from manual-labor jobs were more likely to produce problems in adulthood, including:

While a high school diploma isn’t guaranteed to improve health for working adults, not having one increases the chances of having adverse effects on wellness. Having a diploma opens up opportunities to work in careers that reduce the chances of hospital stays and increased health care costs. 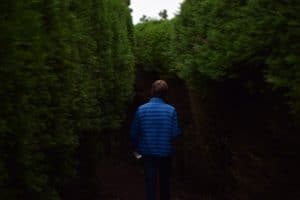 While high school students who are considering dropping out have difficulty imagining an unhealthy lifestyle in their future, those who have dropped out can share how difficult life has been for them.

In an NPR interview, two high school dropouts shared their challenges of finding work without a diploma (source). One dropout shared that several years ago, it was easier to find factory jobs, but this has changed. People complete applications on computer apps, and if applicants do not have a diploma, the apps stop the process automatically.

What dropouts are finding is that employers want more than a high-school diploma; they want a secondary certificate from a trade school, college, or other post-high school training credentials. It is difficult to get into a post-secondary training center without a diploma, so dropouts do double the harm to themselves by quitting school.

Doing the Math on Dropping Out

When you look at the amount of time that students spend in high school, quitting is a bad idea that lasts much longer than the four years spent in school. Sadly, all too often, students who leave do it in their senior year, after completing 12 previous years of school. And, some decide to quit with only a few months or less remaining of the school year.

If you live to age 70 and you have earned a high school diploma, you have lived for 613,000 hours. Those 4,230 hours of high school do not even add up to 1% of an average person’s life. Dropping out to have a lifetime of struggles with money, health, and mental wellness just doesn’t seem worth it for those other 455,520 hours of life that comes after age 18.

Students might complain that high school does not teach them real-world skills. You might not learn how to do your taxes or complete an insurance form, but you do learn valuable skills. For example, students learn:

While dropout data doesn’t apply to everyone, the data exists because dropping out has negative consequences for most people who do it. Of course, no drop out thinks that bad things will happen to them, but quitters tend to keep quitting. Failing and quitting are two different things, as failing means you have tried, but quitting means you have given up.

When it comes to high school, there will be moments of failure. However, students who stay in school despite any level of failure, learn to work through struggles by solving problems and advocating for themselves. Quitters do not get the chance to do this, as they have already given up. Quitting is actually an easy thing to do; it doesn’t involve working through something difficult.

After teaching for 25 years, I have built an extensive network of graduates. As they look back on the struggles that they had in high school, they all say that those struggles are minor compared to the ones they face in the adult world. They long for the ease of high school and teenage life.

Of course, they aren’t discounting any challenges that kids are facing today. However, with hindsight, they know the value of graduation. They see that high school wasn’t as hard as they thought it was while they were in the thick of it. Many who didn’t do well in school wish they had worked harder because they would’ve been able to get better jobs as adults.

None of them wish they had dropped out. None of them regretted graduating from high school.